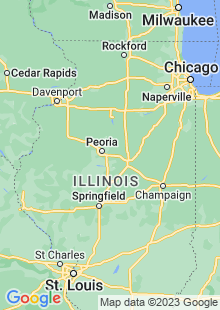 Find A Detox In Illinois Today

It is imperative that you call now for a free confidential assessment for drug & alcohol detox centers in Illinois. We are professionals who can help get you or a loved in the right facility depending upon your needs don't wait, call now!

The state of Illinois has a lot more going for it than its nickname — “the Prairie State” — would indicate. One of the first associations people make with Illinois is Chicago, which is one of the largest cities in the entire U.S., a major cultural and economic hub, and it offers tons of art and history. However, Illinois has more to offer than Chicago: Proximity to the Great Lakes and Canada, one of the few rivers in the world that runs backwards, and rich history, including being where the World Columbian Exposition took place in 1893. And not only is the average cost of living in Illinois relatively low despite everything the state has to offer, but the booming industry and prominent cultural status have made Illinois, particularly Chicago and the surrounding areas, extremely desirable places to go for addiction treatment and detox. In fact, the population boom Illinois is experiencing is resulting in a rapidly-expanding addiction treatment industry with hundreds of treatment and detox centers in Illinois today.

Getting Sober in Illinois

If there’s one word to describe the population of Illinois, it’s diverse. Located near the center of the U.S. with Lake Michigan to its north, Illinois is a melting pot made up of people from all walks of life. For someone getting sober, this is an ideal situation since it means that virtually anyone will be able to find his or her “crowd” among the accepting people of Illinois. The state has a lot of natural and urban beauty that would make early recovery much more enjoyable, especially when you consider that Illinois is in close proximity to many different destinations and parts of the country. In short, Illinois is definitely worth consideration if you’re about to embark on your recovery journey.

Traditionally, one of the biggest obstacles that people have had when it came to getting treatment for addiction was cost. Until somewhat recently, a person would have to pay as much as tens of thousands of dollars or more to get addiction treatment of an acceptable quality. While the healthcare reforms enacted by President Obama made addiction treatment an essential health benefit for the insured, in most places it was still a tricky situation for those with Medicaid. However, Illinois is in the process of amending its $18 billion Medicaid program; if approved, Illinois Medicaid will < href = "http://www.journalstandard.com/news/20160831/addiction-services-featured-in-illinois-medicaid-proposal" title = "Medical Plan" rel = "nofollow">cover long-term forms of addiction treatment in addition to outpatient and short-term.

Click To Learn More About Illinois: An Overview of The Opioid Epidemic, Alcohol and Marijuana Laws and DUI Information