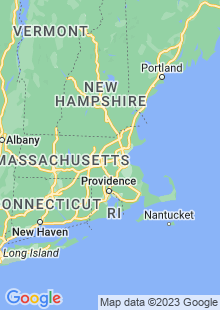 Find A Detox In Massachusetts Today

It is imperative that you call now for a free confidential assessment for drug & alcohol detox centers in Massachusetts. We are professionals who can help get you or a loved in the right facility depending upon your needs don't wait, call now!

Nestled in the heart of the American New England, Massachusetts is a state that offers a little something for everyone. It boasts lush forestry, impressive mountain ranges, gorgeous coastline, quaint towns, and bustling cities. It’s also home to some of the most layered history in North America. With such unbridled beauty and character, it should come as no surprise that it’s become a popular destination for individuals seeking alcohol and drug detox and treatment. In fact, there are a number of detox facilities located throughout Massachusetts to appeal to a broad range of needs and preferences.

Getting Sober in Massachusetts

Representatives of the Massachusetts government have recently made a number of policy changes that have increased funding and research for addiction treatment services like detoxification. Combined with the numerous community-led initiatives that exist throughout the state, Massachusetts has become one of the best places in the U.S. for alcohol and drug detox treatment. But there’s more than just treatment: Outreach programs are helping to change public perceptions of addiction, which means that individuals who get sober in Massachusetts will have the benefit of greater community support.

Helplines aren’t exactly new; for many years, there have been a number of nationwide helplines for things like suicide prevention, poison control, and domestic abuse to name just a few. However, as part of its recent doubling-down of its addiction prevention and intervention efforts, the state of Massachusetts now offers the Massachusetts Substance Abuse Helpline, a state-sanctioned initiative driven by nonprofit Resources in Action. As its name suggests, the helpline is meant as an on-demand resource for individuals experiencing crisis situations that involve alcohol or drugs. As well, the helpline can also be used as a resource for information and education; individuals are invited to call the line to learn more about addiction, the recovery process, or even for specific questions like finding ways to pay for addiction treatment.

Click To Learn More About Massachusetts: An Overview of The Opioid Epidemic, Alcohol and Marijuana Laws, and DUI Information