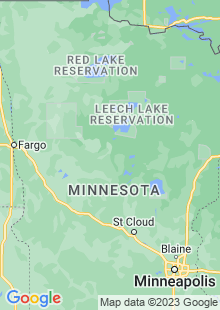 Find A Detox In Minnesota Today

It is imperative that you call now for a free confidential assessment for drug & alcohol detox centers in Minnesota. We are professionals who can help get you or a loved in the right facility depending upon your needs don't wait, call now!

Without question, Minnesota is one of the most beautiful states in the whole country. It’s nickname — “Land of Lakes” — is due to the fact that Minnesota is known to have over 10,000 lakes and 90,000 miles of shoreline, which is more than any coastal state like California, Florida, and Hawaii. Minnesota is also known for its friendly people and the countless festivals, parades, and special events that occur throughout the year. Recently, Minnesota has gained the reputation for being a major destination for addiction recovery. With several hundred facilities located throughout the state, you’ll have no trouble finding a detox facility that will serve your needs.

Getting Sober in Minnesota

While many Minnesota residents are passionate about their yearly events, it’s not about alcohol or drugs. For residents of Minnesota, it’s all about enjoying the company of good people and making the most of each day, which is why Minnesota is such a great place to get sober. Whether you’re early or advanced in your recovery, Minnesota is a place you should definitely consider.

Minnesota is Grooming the Next Generation of Addictions Counselors

Throughout the United States, a major heroin epidemic has emerged. In the wake of the prescription drug epidemic of the 1990s and 2000s, many painkiller addicts switched to heroin, resulting in a sudden surge of heroin use nationwide. This heroin problem is also reflected in Minnesota, a state that has been experiencing levels of heroin use that have never been seen before. In the hope of addressing the issue of heroin, the state’s academic institutions have revitalized the curricula available for students interested in substance abuse counseling. As well, there’s much encouragement for students to pursue education and careers in substance abuse counseling. It’s believed that this will have a major long-term impact on the heroin problem in the state.