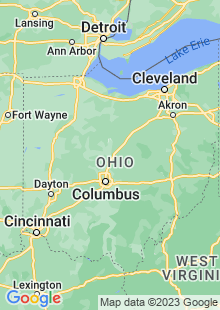 Find A Detox In Ohio Today

It is imperative that you call now for a free confidential assessment for drug & alcohol detox centers in Ohio. We are professionals who can help get you or a loved in the right facility depending upon your needs don't wait, call now!

Land-locked in Middle America excepting the Great Lakes, Ohio is home to the ever-passionate Ohioans, all of whom align themselves with one of two teams: Team Cincinnati or Team Cleveland with virtually nobody in between. As well, it’s a so-called “swing state”, which means the air is electric with heated Ohio politics during most election years. But Ohio isn’t just a bunch of hotheads; also the birthplace of the likes of renowned chef and television personality Guy Fieri and basketball legend LeBron James, Ohio is a unique hodgepodge that represents the entire demographic spectrum of humanity while maintaining an atmosphere of old-fashioned sensibilities. Being in close proximity to the likes of Chicago, Detroit, and Pittsburgh, Ohio has grown tremendously in its population, coinciding with massive growth in the addiction treatment industry. If you’re someone looking for addiction treatment, Ohio is a great place to look as its large, diverse population is rivaled only by the strength and diverse of addiction treatment and detox centers.

Getting Sober in Ohio

Known for down-to-earth natives, being the birthplace of the Wright Brothers, and home of the Rock and Roll Hall of Fame, Ohio is a hotbed of diversity and acceptance. Therefore, it should come as no surprise that it’s a great place to get sober. People from all walks of life — even if that means having a history of addiction — will find support and encouragement in a state where uniqueness is cultivated and celebrated.

Ohio Leading the Way in Addiction Education for Youths

As is the case for a number of the other United States, Ohio has been hit particularly hard by the addiction epidemic, which has led to many public officials, including Republican Attorney General Mike DeWine, to take action. Not only does the state have an opioid task force to combat the addiction epidemic at ground level, but DeWine has recently discussed his plan to implement intensive addiction education for youths of all ages, kindergarten to twelfth grade. To stop the heroin addiction spike from consuming the state completely, DeWine says that age-appropriate information must be provided to youths of all ages.