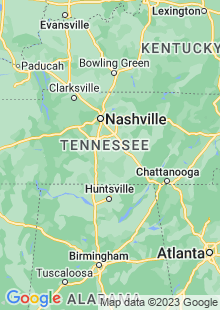 Find A Detox In Tennessee Today

It is imperative that you call now for a free confidential assessment for drug & alcohol detox centers in Tennessee. We are professionals who can help get you or a loved in the right facility depending upon your needs don't wait, call now!

Tennessee is known for many things: It’s home to Nashville, the birthplace of modern country music. It’s also the home of Memphis, which is a famous, larger city that’s along the Mississippi River. But in addition to cities like Nashville, Memphis, and Knoxville, Tennessee has a lot of other things to offer, including its natural beauty. Even just driving across the state on I-40 is an incredibly gorgeous ride. Plus, residents of Tennessee get to enjoy four distinct seasons, making it a great place to go to for recovery from addiction. With big cities, the unbridled beauty of nature, and a prominent place in our cultural history, you’ll want to put Tennessee at the top of your list as you search for an addiction treatment or detox center.

Getting Sober in Tennessee

As is the case in other highly populous cities, Nashville, Memphis, and Knoxville have become major cultural hubs where the music experience and great food make them perfect destinations for anyone getting sober. There’s always plenty to do in these cities, which are surrounded by gorgeous and nearly-undisturbed beauty. With a population that’s as diverse as it is accepting, you’ll love getting sober in Tennessee. To top it off, Tennessee is famous for having very low taxes, so it’s a great place to save up your money as you get back on your feet.

As is the case in the rest of the U.S., prescription drugs and opioids have been a major problem in Tennessee, prompting concerned citizens, lawmakers, and law enforcement to brainstorm for ways to alleviate the problem. A new grassroots program called “Count It, Lock It, Drop It” was implemented just under four years ago, but has quite recently begun to pick up steam. One of the issues that this program was meant to address is the tendency for substance abusers to steal medications from family members and friends who are prescribed controlled substances and use them responsibly. Through this program, individuals are given free lock boxes in which they can store their prescription drugs, ensuring that they don’t fall into the wrong hands. The program has been praised almost unanimously and will likely serve as the prototype for similar programs elsewhere in the U.S.

Click To Learn More About CLICK TO LEARN MORE ABOUT TENNESSEE: AN OVERVIEW OF THE OPIOID EPIDEMIC, TEEN DRUG USE, ALCOHOL/MARIJUANA LAWS, PLUS DUI INFORMATION